1609-The final expulsion of Spain’s Muslims

One of the truly tragic events in Islamic history is the loss of al-Andalus, or Muslim Spain. For centuries, the Iberian Peninsula was a Muslim land with Muslim rulers and a Muslim population. At its height, Iberia had over 5 million Muslims, a majority of the land’s people. Muslim rulers built an advanced civilization based on faith and knowledge. In the 900s, the capital of Muslim Spain, Cordoba, had paved roads, hospitals, and street lights throughout the city. At the time, Christian Europe’s largest library had only 600 books, while Cordoba’s calligraphers were producing 6000 books per year.  The society was a peaceful mixture of European and African cultures, represented by Muslims, Jews, and Christians living in harmony side by side.

This almost utopian society did not last forever. As the so-called Reconquista, or Reconquest, of Spain by Catholic monarchs progressed through the 11th to the 15th centuries, Spain’s Muslims became a marginalized group. In 1492, when the last Muslim state of Iberia, Granada, fell, Spain’s Muslims faced a new reality: genocide.

After the fall of Granada in 1492, most Muslims expected it to be a small setback. They thought Muslim armies from Africa would soon come to redeem the loss of Granada and re-establish a Muslim state. The new Spanish monarchs, Ferdinand and Isabella, had other plans, however.

They made their religious intentions clear early on. In March 1492, Spain’s monarchs signed an edict that effectively forced every last Jew out of the country. Hundreds of thousands of Jews were forced out, with the Ottoman Empire accepting many of them. Sultan Bayezid II of the Ottoman Empire sent his entire navy to Spain to pick them up and bring them to Istanbul, in order to avoid the mass killing that awaited them in Spain.

The Spanish policy towards the Muslims was not much different. In 1492, there were about 500,000 Muslims throughout Spain. The Catholic Church made it a priority to convert them all to Christianity now that they did not have the protection of a Muslim state.

The first attempts to convert Muslims to Christianity was through bribery. Converts were showered with gifts, money, and land. This approach proved to be unsuccessful, as most of these “converts” quickly returned to Islam after getting such gifts.

When it became clear in the closing years of the 1400s, that the Muslims of Spain were more attached to their beliefs than to wealth, Spain’s rulers took a new approach. In 1499, Francisco Jimenez de Cisernos, a cardinal in the Catholic Church was sent to southern Spain to “speed up” the conversion process. His approach was to harass the Muslims until they converted. All manuscripts written in Arabic were burned (except for medical ones). Muslims who refused to convert were arbitrarily sent to prison. They were tortured and had their property confiscated in an attempt to convince them to convert. This was all part of Cisernos’ policy that “if the infidels [Muslims] couldn’t be attracted to the road of salvation, they had to be dragged to it.”

His oppression and harassment soon had unintended consequences for Spain’s Christian kings. Spain’s Muslims, in order to resist the oppression began an open rebellion. Granada’s Muslims especially openly protested in the streets and threatened to overthrow the oppressive Catholic rule and replace it with a new Muslim state. Spain’s king and queen quickly intervened along with Cisernos. They gave Granada’s rebels a choice – conversion or death. Almost all of Granada’s citizens chose to convert on the outside, but secretly kept Islam as their true religion. 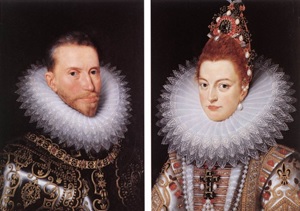 In 1502, King Ferdinand and Queen Isabella officially made Islam illegal throughout Spain

In the countryside, the Muslim towns throughout Granada rose in revolt. They took refuge in the rocky Alpujarras Mountains in Southern Spain, making it difficult for the Christian authorities to root them out. The rebels had no clear plan nor one central leader. They were united in their belief in Islam and resistance to Christian rule.

Since almost all of the population of Granada was Muslim, the rebellion took a defensive form. Christian soldiers regularly attacked Muslim towns in an attempt to force its residents into conversion. The Muslim rebels, not as well equipped or trained as the Christian soldiers, were not always able to rebel the attacks. Massacres and forced conversions of villages were common.

Spain’s Muslim population went underground in 1502. They had to hide their faith and actions from the Spanish authorities to avoid being killed. These “converted” Muslims were known as Moriscos by the Spanish, and they were intently watched.

Spanish government officials placed strict restrictions on the Moriscos to try to make sure they were not still secretly practicing Islam, which many were of course doing. Moriscos had to leave the doors to their homes open on Thursday nights and Friday mornings, so soldiers can pass by and look in to make sure they were not bathing, as Muslims are supposed to do before the congregational prayer of Friday. Any Muslim caught reading the Quran, or making wudu (ablution) could be immediately killed. For this reason, they were forced to find ways to practice their religion in secret, constantly in fear of being found.

Even under such difficult circumstances, the Moriscos retained their beliefs for decades. While the community activities of Islam such as congregational prayer, alms giving, and pilgrimage to Makkah were restricted, they were able to continue to practice in secret.

Despite the best efforts of the Moriscos to conceal their practice of Islam, the Christian kings suspected them of continued adherence to Islam. In 1609, over 100 years after the Muslims went into hiding, King Phillip of Spain signed an edict expelling all Moriscos from Spain. They were given only 3 days to completely pack up and board ships destined for North Africa or the Ottoman Empire.

During this time, they were constantly harassed by Christians, who would loot their belongings and kidnap Muslim children to raise as Christians. Some Moriscos were even killed for sport on their way to the coast by soldiers and regular people. Even when they got to the ships that would take them to their new lands, they were harassed. They were insultingly expected to pay their own fare in their exile. Also, many of the sailors raped, killed, and stole from the Moriscos they were carrying on their ships. This example religious intolerance can effectively be classified as a genocide and terrorism. The Spanish government made very clear their desire to harass and make life miserable for Spain’s Muslims as they were on their way out.

In this environment, however, the Moriscos were finally able to be open about their practice of Islam again. For the first time in over 100 years, Muslims prayed openly in Spain. The adhan (call to prayer) rang in the mountains and plains of Spain once again, as its Muslims were on their way out of their homeland. 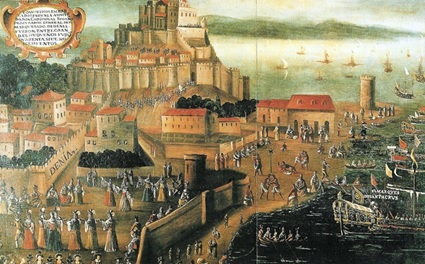 Spain’s Muslims were given 3 days to leave their homes and board ships destined for foreign lands in 1609.

Most of the Moriscos wished they could stay in Spain. It had been their homeland for centuries and they did not know how to live in any other land. Even after their exile, many tried to sneak back into Spain and come back to their former homes. These efforts were almost always failures.

By 1614 every last Morisco was gone, and Islam disappeared from the Iberian Peninsula. Going from over 500,000 people to zero in 100 years can only be described as a genocide. Indeed, the Portuguese Dominican monk, Damian Fonseca, referred to the expulsion as an “agreeable Holocaust”. The effects on Spain were grave. Its economy suffered greatly, as a large part of the labor force was gone, and tax revenues dropped. In North Africa, Muslim rulers attempted to provide for the hundreds of thousands of refugees, but in many cases, were unable to do much to help them.  The Moriscos of North Africa spent centuries trying to assimilate into society, but still kept their unique Andalusian identity.

To this day, neighborhoods in major North African cities boast of their Morisco identities and keep alive the memory of Muslim Spain’s glorious past. They remind us of the illustrious history of the Iberian Peninsula, as well the tragic story of their expulsion from their homes in the one of the greatest genocides Europe has ever seen.