When learning about the Muslim scholars of the past, it is easy to be amazed by their brilliance, accomplishments, and contributions to the modern world. Each provided a lasting legacy that changed the world in their time and today. One scientist in particular stands far above the rest. He is Ibn al-Haytham, the great polymath who lived from 965 to 1040. 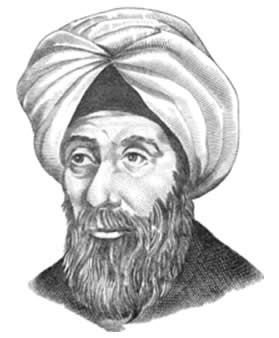 He was born in the Iraqi city of Basra during the Abbasid Caliphate. He came about 100 years after the establishment of the House of Wisdom in Baghdad. Undoubtedly the culture of learning and advancement present in the Muslim world at that time had a great impact on him from an early age. He studied Islamic sciences and soon became a mayor of the city of Basra. During this time, he continued to study, focusing on sciences and other empirical subjects. His big break, however, would come in another part of the Muslim world.

Ibn al-Haytham in Egypt
During his time as mayor of Basra, the Fatimid rival caliph in Egypt al-Hakim (the Fatimids were Ismaili Shias who rejected the caliphate of the Sunni Abbasids in Iraq) heard of an idea that Ibn al-Haytham had to dam the Nile. Al-Hakim was a man of contradictions. Although he was the leader of the heretical Ismaili branch of Shiism that most scholars of the day completely rejected, he opened up his domain to anyone who could benefit it. Al-Hakim invited Ibn al-Haytham to come to Egypt to attempt his radical idea to dam the Nile. After travelling down the Nile to see where a potential dam could be built, he realized his plan could not go into effect with the technology of the day. There happened to be one problem: al-Hakim was known to be act irrationally ruthless, and acted quite insane on occasion. In order to escape some kind of punishment, Ibn al-Haytham pretended to be even more insane than al-Hakim himself! This daring idea saved him from excecution, but placed him under house arrest in Cairo for the remainder of al-Hakim's life – 10 years.

Those 10 years didn't even seem as punishment to the brilliant scientist. During this time, he got the peace and quiet he wanted to pursue his research. During this time, he dived into the study of light. He wanted to understand what light is, how it works, and how humans see objects. Although what he studied and discovered was truly revolutionary, the way he researched was one of his biggest contributions.

The Scientific Method
Today, it is understood to students of science that everything must be proven. You cannot make claims about scientific theories based on assumption without experimentation. Before Ibn al-Haytham, that was not the case. The ancient Greek philosophies of science still held weight. The Greeks believed that scientific fact can be discovered through reason, or simply attributed to the actions of the gods. Ibn al-Haytham knew better. He was the first scientist in history to insist that everything be proven through a given method for discovering new information – the scientific method.

Western textbooks today usually give little information about the history of the scientific method. Usually the ancient Greek philosophies are mentioned, followed by the "revolutionary" work of Roger Bacon, Galileo Galilei, and Isaac Newton. The truth that is forgotten is that those European scholars stood on the shoulders of Ibn al-Haytham (and other Muslim scientists). Without his ideas about proving scientific theories, we may still be living in a time when speculation, superstition, and unproven myths are the basis of science.

The Book of Optics
Using his revolutionary scientific method, Ibn al-Haytham takes leaps and bounds into the field of optics. In his book, The Book of Optics, he was the first to disprove the ancient Greek idea that light comes out of the eye, bounces off objects, and comes back to the eye. He delved further into the way the eye itself works. Using dissections and the knowledge of previous scholars, he was able to begin to explain how light enters the eye, is focused, and is projected to the back of the eye.

In a similar way, he is the first to study the phenomenon of the pinhole camera. The concept of a pinhole camera is simple: a box with a tiny hole on one side is able to project an image of whatever is outside onto a side of the box on the inside. Those familiar with the way modern cameras work will notice that that is how cameras work in general, but today with the addition of lenses. Ibn al-Haytham was able to build these pinhole cameras hundreds of years before the modern development of photography as we know it. 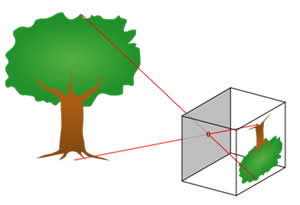 The translation of The Book of Optics had a huge impact on Europe. From it, later European scholars were able to build the same devices as he did, and understand the way light works. From this, such important things as eyeglasses, magnifying glasses, telescopes, and cameras were developed.

Beyond Light
As if revolutionizing the way humanity understands light and leading to the development of things we can't live without in the 2000s wasn't enough, Ibn al-Haytham also pioneered in other fields.

In 1020s and 1030s, he wrote numerous books on astronomy. He wrote about the mistakes of the Ptolemaic model of how the stars and planets move and provided a more realistic view of the way the universe works (although he knew the earth to be a sphere, he stuck to the ancient Greek idea that the earth was the center of the universe).

He completely refuted astrology as a scientific subject. Continuing with his firm belief scientific ideas needing to be proven, he came to the conclusion that the ideas of astrology were not rooted in any type of science, but in the thoughts and feelings of astrologers. He also noted that astrology directly contradicts one of the main ideas of Islam – that God is the cause of all things, not astronomical bodies.

He had a great influence on Isaac Newton, who was aware of Ibn al-Haytham's works. He studied the basis of calculus, which would later lead to the engineering formulas and methods used today. He also wrote about the laws governing the movement of bodies (later known as Newton's 3 laws of motion) and the attraction between two bodies – gravity. It was not, in fact, the apple that fell from the tree that told Newton about gravity, but the books of Ibn al-Haytham.

Since he was also trained in the traditional Islamic sciences, he also wrote on how to use empirical methods to disprove a false prophet, and how to use math to calculate the prayer direction towards Makkah.

In a precursor to modern psychology, he researched the effect music therapy can have on humans and animals.

Legacy
The list of accomplishments and contributions of Ibn al-Haytham goes on and on. The truly amazing thing is that he wrote over 200 books, but only around 50 have survived till today. What he discovered that we do not even know about probably far outshines even the amazing works that have made it to the present day. 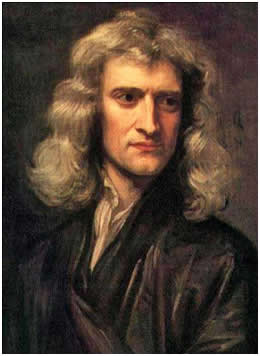 Newton directly built upon the ideas of Ibn al-Haytham

Unfortunately, his contributions have been overlooked since his death. While he was never someone who cared for the fame and prestige that came with being a great scholar, the unawareness today's world has about his contributions is unsettling. When his books were translated into Latin as the Spanish conquered Muslim lands in the Iberian Peninsula, he was not referred to by his name, but rather as "Alhazen". The practice of changing the names of great Muslim scholars to more European sounding names was common in the European Renaissance, as a means to discredit Muslims and erase their contributions to Christian Europe.

Regardless, his brilliant mind inspired countless others who stood on his shoulders. It is not a stretch to say that without his research, the modern world of science that we know today would not exist.